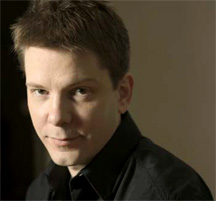 A talented songwriter and energetic performer, Gregg Swann left a legacy of music appreciated by pop music fans in the U.S. and around the world when his career was cut short by cancer on February 1, 2011. A Missouri native, he began performing in college; after graduation, he pursued a music career in New York.

Building on years of solo performances in clubs and on college campuses, Gregg began recording and performing with fellow musicians in New York, competing on the syndicated television program “Star Search” and playing a series of shows in Europe. His music videos appeared on ABC-TV’s “All My Children”; several songs were featured on NBC-TV’s “Homicide: Life on the Street” and other network television shows. His song “Spinning” received airplay in the U.S. and abroad, charting in the Top 20 according to Gavin Magazine; it was a runner-up in the International Songwriting Competition and was selected for inclusion in the “Songwriters Hall of Fame New Writers Showcase” CD.

After receiving a diagnosis of late-stage colon cancer in 2007, Gregg took a two-year break from music; he returned to writing and performing in 2009, playing solo and with his band. His last performance, in May 2010, was at New York’s Parkside Lounge, where his band, friends and family have gathered annually to celebrate his legacy. .

“Album of the year goes to Gregg Swann's sparkling Everybody's Got To Be Somewhere, a spot-on power-pop set without an ounce of filler.”
blogcritics.org

“…an amazing songwriter. This is an album requiring urgent discovery.”
rockandrollreport.com